Why does the voltage influence so much to overclock the CPU?

Several factors limit the overclocking -and, in fact, the general operation- of a processor: on the one hand we have the energy consumption since its circuits have a maximum, on the other, we have the heat generated since there are certain limits that they cannot be passed over to avoid damaging the device, and the third factor is stability, as the CPU requires a certain amount of voltage to maintain stability at configured operating speeds.

These three factors depend in one way or another on the voltage, which is why it is so important when overclocking, and then we will see why.

Voltage, the most important factor for CPU overclocking

All processors have a voltage identification definition or VID, which determines how much voltage the processor needs to maintain the manufacturer’s predetermined clock speeds. 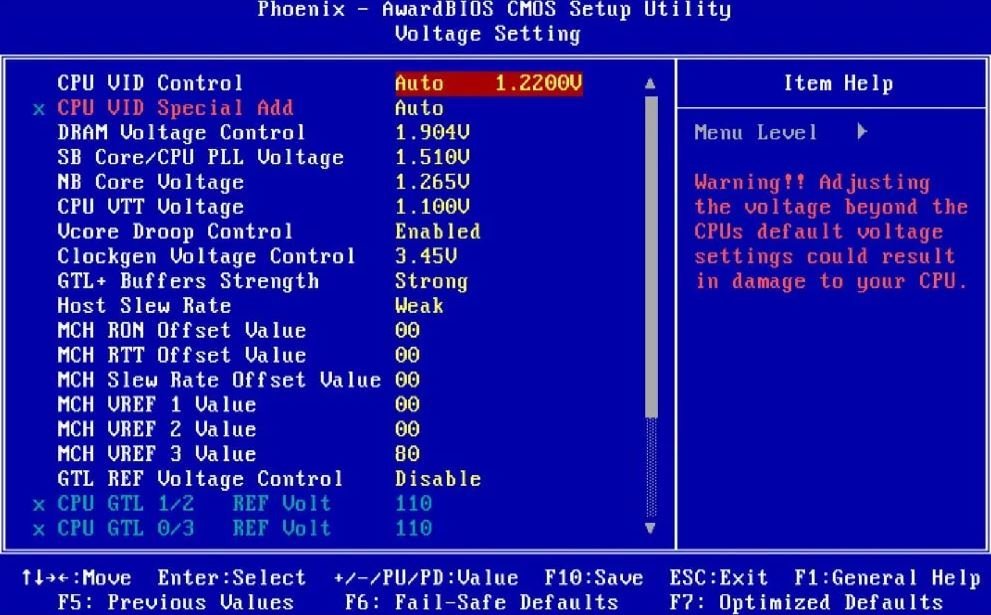 This voltage may be different for each processor, but in all, it is the base established by the manufacturer so that the processor can operate at the speed for which it has been designed. By overclocking, we are increasing that operating speed, so if we do not increase the voltage that we supply to the processor, we could create instability by not having enough power.

Imagine that the processor is a car and that the voltage is the gasoline, while the operating speed is the distance we want to travel. If the car can travel 100 km with 5 litres of gasoline, everything will be fine; However, if we’re going to travel 150 km without supplying more gasoline to the car, we will surely be stranded without being able to reach the destination. The same thing happens with processors: if you increase the speed without supplying more “gasoline” (voltage), the processor will not be able to function correctly.

The problem comes from the other limiting factors, starting with the heat. If we supply more voltage to the processor so that it can operate at a higher speed, the processor will generate more heat and at the same time have higher consumption. We have thermal solutions of all kinds to alleviate this temperature rise, as long as we stay within the margins, but the maximum consumption is limited, and we cannot go beyond there in any case. The manufacturer does not impose this limit; it is set by the section and amperage that the internal circuits of the device support.

For this same reason, there is also the opposite technique to overclock: underclocking, which consists of lowering the operating speed of the processor precisely to undervolting. In other words, we can reduce the speed of the processor and in turn lower the voltage that we supply, reducing consumption and generated heat (and of course performance).

Going back to the example of the car that we have put before, if we only want to travel 50 km with the car, then we could supply it with a smaller amount of gasoline, and we would also be able to reach the destination without problems while maintaining stability.

So and in summary, the voltage is so extremely important when the CPU overclock give because it depends on the three limiting factors of its operation: the heat, the consumption and stability.

[Also Read: How to Clone a Hard Drive?]