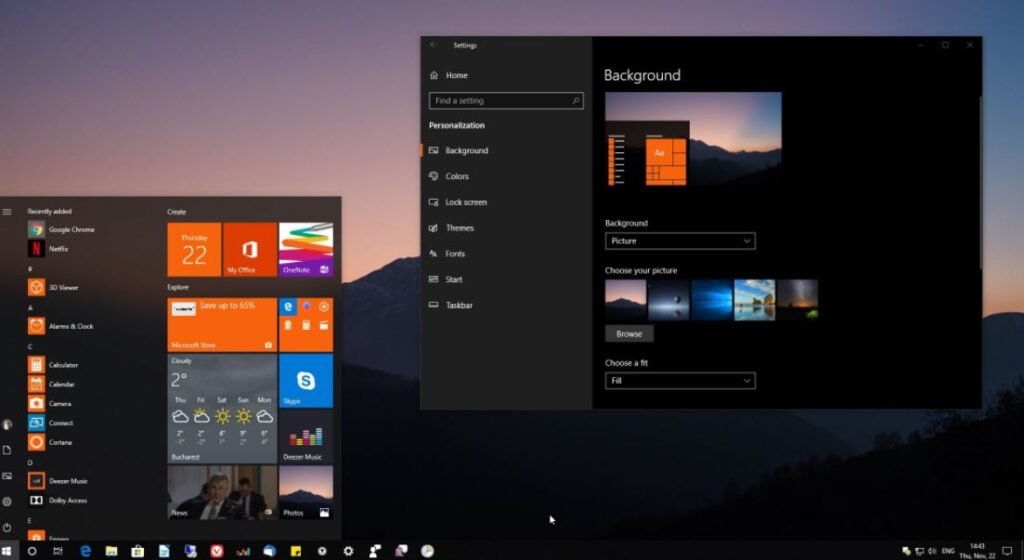 Although yesterday we began to receive the new Windows 10 October update, Microsoft does not stop. The company has already been working for months on what will be the first 2021 update for its operating system. Insider users targeted to the DEV development channel can now have a first contact with the future of the operating system, testing its novelties and preparing for the future of Windows 10. Today, with the new build 20241, we have been able to see what they will be the recent changes that will come to our PC for next year.

It seems that the significant changes are already calming down a bit. It shouldn’t take much longer for Microsoft to start pushing the news and focusing on bug fixes. However, we could still see a few surprises in the coming weeks.

The main change that we find in this new compilation of the operating system is an improvement in the integration of themes throughout the system. We have already seen how some elements, such as the start menu, adapt depending on whether we have activated the light theme or the dark theme of Windows. Now it is the turn of UWP apps.

This change will only reach a specific number of users, so we may not find it at first. Little by little, this will get all the applications of the system. However, for now, it is limited to Settings, Microsoft Store, Windows Defender, Alarms and clock, Calculator, Maps, Voice recorder, Groove, Movies and TV, Clippings, Microsoft ToDo, Office, Feedback Hub and Microsoft Solitaire Collection.

The disk and SSD optimization tool has also been revised and brings some exciting improvements that will make using it more comfortable. These improvements are:

Microsoft has also taken advantage of the new build 20241 to improve Narrator notifications on the desktop and apply some more changes to the Japanese IME keyboards.

Microsoft has taken advantage of the new update of its operating system to correct a large number of bugs and errors detected during its development. The bugs that have been fixed right in this version are:

Errors yet to be fixed.

In addition to all the previous bugs that have already been fixed, Microsoft has updated the list of still pending fixes in the operating system:

Little by little, the new Windows 10 21H1 continues to take shape. There are still six months for this new version to reach all users, although Microsoft should not take long to put aside the news and begin to focus on debugging and correcting errors.

If all goes well, Windows 10 21H1 should arrive around April or May next year, and it will do so as a big update.